“Everyone has a story. Mine is a “walking” story since my sandals broke in Australia and I made another pair out from the tire of an old Fiat 500. It looked like a twist of fate … it became my greatest passion”.

What it seems to be the beginning of a travel novel is actually the beginning of Andrea Verdura’s adventure. Class 1975, born in Piombino islander parents both from Elba, Andrea suddenly found himself barefoot in faraway Australia. No one would think to make up for such an event by creating a pair of shoes, but he did. When he saw an old abandoned tire he intuitively started making his first pair of sandals, completely self-taught: from cutting the sole to improvising laces, yet to the non-automatic operation of creating the left, completely symmetrical and specular. After first moments of doubts, the operation perfectly succeeded, under the amazed look of friends and local people who, intrigued by those strange creations, began to commissioning their pairs. Thanks to “Prima”, as he had baptized that first shoe shaped experiment, the seven-day vacation was transformed into a seven-month stay; from that moment, back in 1997, in the Ars Factory of Byron Bay, the young designer began to look at feet and shoes with different eyes: a shoe contains everything, tension and vanity, seduction and power. Sex. 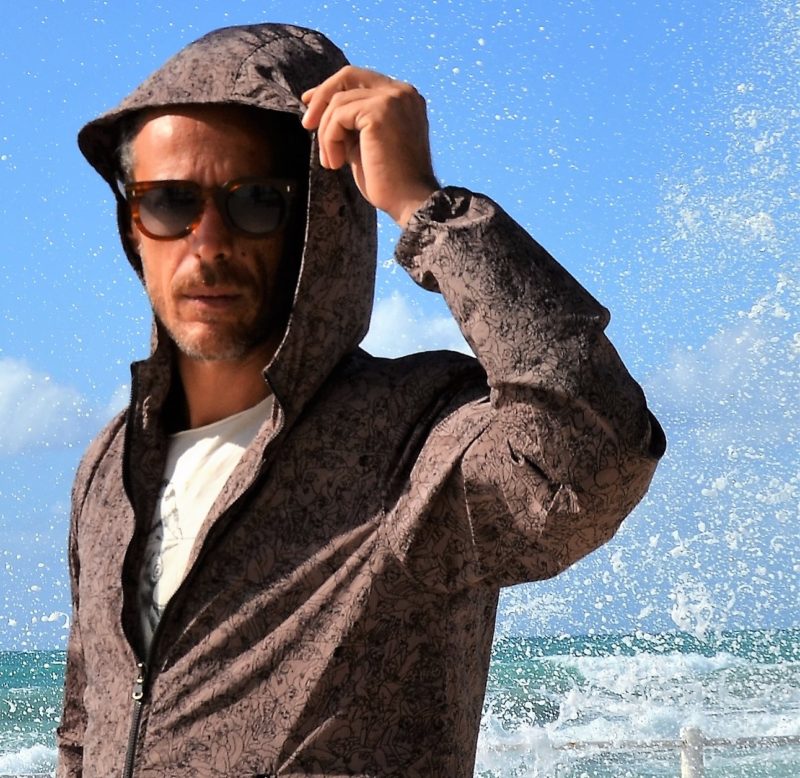 That basic input had brought to light a passion that had always been inherent in its essence, turning it into what it would become his job. Andrea’s creations are an expression of beauty and mind strength, with a caring eye to respecting the environment, for which he has always nourished a great love. Once back in Italy, after quitting his job as bartender, he started producing shoes, giving life to his very own brand, “Andrea Verdura”.

Gifted with a discrete dexterity and a creativity which is ingenious at times, his path has never been traditional: he never studied design or made special schools, but followed his natural predisposition and passion to assimilate an ancient craft only and studied the fundamental steps to the realization of any idea. Ideas that always take inspiration from nature and travels: the encounter with other cultures is essential to open the mind, discovering new ways of understanding elegance and style. 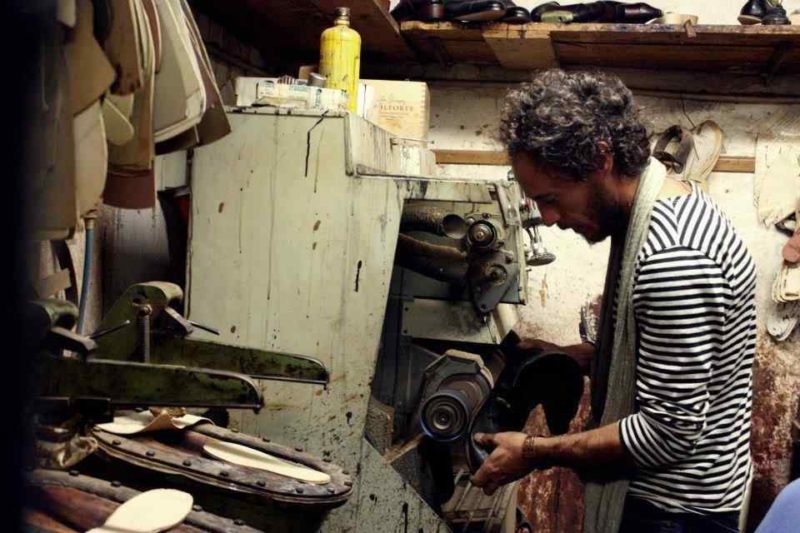 From Australia to the garage in his hometown Piombino, where the first shoes, made with recycled tires and leather, were born. He opened the first sudio close to the sea, still in Piombino, where he soon opened a space open to the public; the “team” in those days was made up of his mother, his girlfriend and a group of young musicians who fell in love with the project, driven by that unusual mission and by such original products. A few years later he decided to move to the countryside, in Fucecchio, in order to facilitate production. He set up his home-studio-workshop, started working on vegetable tanned leather and created the first collections, made of models now become iconic as its “Peter Pan”, produced either with leather treated with natural processes respecting the animal, and with natural fabrics such as canvas, latex and hemp. Great attention to the procedure too: the work has always been done in a traditional way, with a very long preparation and a production process that has about 150 steps, those that are skipped with industrialization and make shoes easily break after a while.

Andrea has never wanted to sacrifice quality, reason why he had to face many difficulties; in the beginning dealers could not understand why their models did not have a competitive price with large retailers. Struggling but without giving up for a moment, he insisted without compromising, an attitude that lead him landing on the foreign market too, more open to accepting the peculiarity of the brand and the long work behind it.

The meeting with the fishing net was like the one with rubber: a chance on a sunny day, on the desert beach of his Piombino. While he was enjoying the sun he saw a fishing net caught on a rock; he dived to get it and resting it on the sand, slipping his foot between those time consumed meshes soaked in salt, saw the shape of a sandal. This is where the first model made with fishing nets comes. It was only later on that he discovered this kind of fishing nets have been banned by the European Union because its tight mesh altered he marine biodiversity. Alongside the classic footwear, we have the new Verdura Shoes, an eco-friendly, sustainable and completely handmade collection, produced with 100% natural materials, magically coming out of the waves of that sea that Andrea has always in his eyes and heart when he designs a new pair of shoes. In addition to the belief that the shoe is not a simple accessory, but something more. 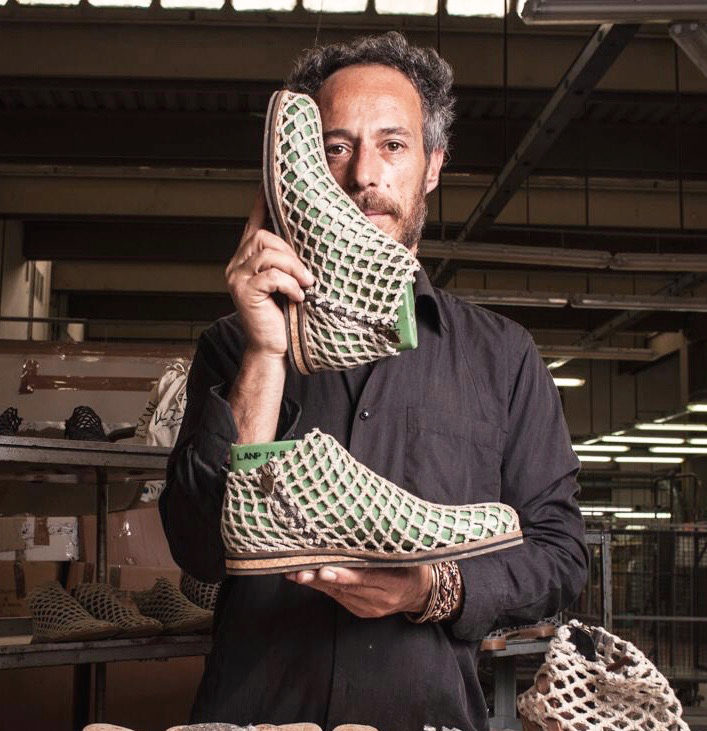 “A woman doesn’t need clothes but shoes that are able to witness charm and elegance as soon as they touch the ground through an unmistakable and indelible style, in perfect harmony with nature.”

In 2016, thanks to a lucky crowdfunding on the American platform Kickstarter, the project took off, crossing the national borders and bringing its “net collection” all over the world, sold in the most exclusive boutiques and concept stores.

A great success that is not an arriving point; Andrea’s mind is constantly moving and who knows what else he will manage to pull out of his net… and not only!